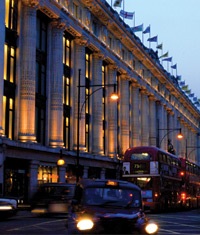 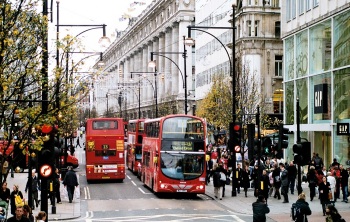 Oxford Street stretches for 2 miles through the heart of the West End with Marble Arch at one end and Tottenham Court Road at the other. From Roman times until the end of the seventeenth century, the street existed primarily as a route out of the City of London westwards towards Oxford, hence the name.

Nowadays the name Oxford Street is synonymous with shopping and and is Britain's busiest street. With over 300 shops totalling 5 million square feet, Oxford Street offers shoppers a vast range of stores including a bigger choice of department stores and specialist shops than any other high street or shopping centre in the UK. It also boasts the best-stocked flagship stores of the favourite names in UK retailing.