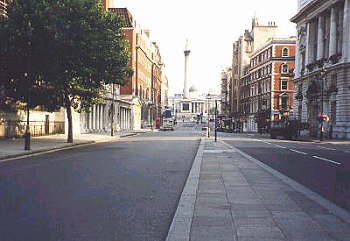 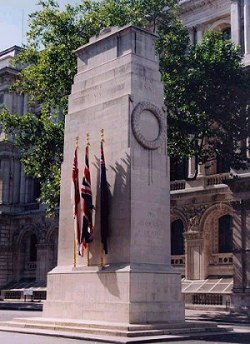 Whitehall is a broad avenue connecting Parliament Square to Trafalgar Square. The name is taken from the original palace of Whitehall which was the London seat of the Archbishop of York.

Since the 16th century nearly all the key governmental ministries and offices have relocated here including the Admiralty and the Ministry of Defence at the north end and the Treasury to the south.

Downing Street, home to the British Prime Minister and the Chancellor of the Exchequer, is located in the centre of Whitehall. Until a few years ago it was possible to walk along Downing Street, but following terrorist activities and heightened security, railings and a police guard have been put in place to prevent public access.